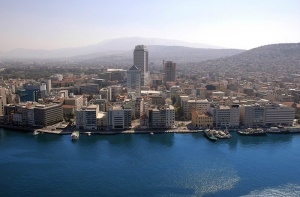 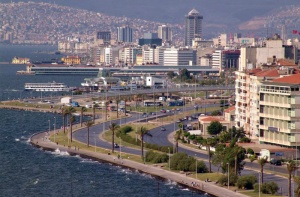 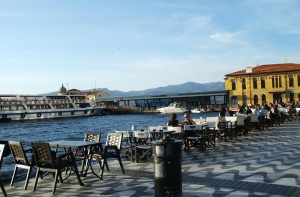 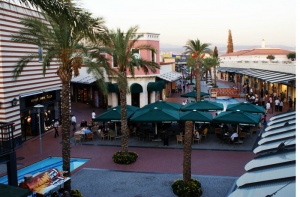 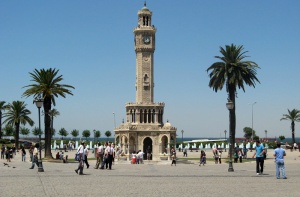 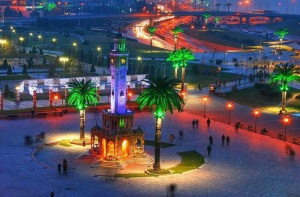 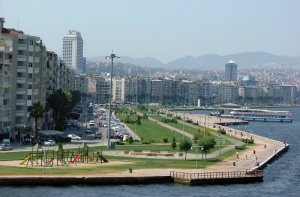 Izmir is the third largest city in Turkey with a population of around 3.7 million, the second biggest port after Istanbul, and a very good transport hub. Once the ancient city of Smyrna, it is now a modern, developed, and busy commercial centre, set around a huge bay and surrounded by mountains. The broad boulevards, glass-fronted buildings and modern shopping centres are dotted with traditional red-tiled roofs, the 18th century market, and old mosques and churches, although the city has an atmosphere more of Mediterranean Europe than traditional Turkey.

Izmir, which has managed to modernize whilst preserving its archaeological and historical assets, is an important trade centre, because of its port. The diversity of activities and resources that Izmir is able to provide makes it a very attractive area for tourism. It boasts both spas with healing thermal waters, and the deep blue sea with beaches displaying the safety symbol of the blue flag.

It offers visitors many options for a unique holiday experience. Its geographical location means that Izmir enjoys a Mediterranean climate plus natural beauty, a rich cultural and historical heritage, beaches, thermal waters and spas. In addition, it boasts a rich cuisine, featuring grapes, figs, olives, citrus fruits and seafood, as well as the legacies left by civilizations over thousands of years.

The city, known as "Beautiful Izmir" in Turkey, is located at the start of a long and narrow gulf, decorated with yachts, passenger ships and gulf steamers. It has a warm climate and the cooling sea breeze in the summer takes away the burning heat of the sun. Izmir, which enjoys a special cultural and historical identity, is the third largest city in Turkey. Its port, located inside the gulf, is the second largest in Turkey. As a lively and cosmopolitan city, it occupies a significant place in Turkey's cultural life.

As the city grows in size and importance in trade, the investment opportunities in this stunning seaside resort are increasing, one to watch for the future.